A scanning Fabry-Perot interferometer is a device that is used to measure the properties of light and to analyze the properties of materials. It works by using a cavity, or a small space, that is filled with a medium that has a specific refractive index. When light is shone through the cavity, it reflects off of the two mirrors that are located on either end of the cavity, creating an interference pattern.

The Fabry-Perot interferometer is called “scanning” because the distance between the mirrors can be adjusted, allowing the device to analyze different wavelengths of light. This is done by using a piezoelectric transducer, which is a device that can change the distance between the mirrors by expanding or contracting in response to an electrical current.

The interference pattern that is created by the Fabry-Perot interferometer is measured using a detector, which can be a photodiode, a CCD camera, or other types of detectors. The detector measures the intensity of the light at different wavelengths, which allows the device to analyze the properties of the materials being tested.

Overall, the scanning Fabry-Perot interferometer is a versatile and powerful tool that is used in a variety of fields, including physics, engineering, and materials science. Its ability to accurately measure the properties of light and materials makes it an invaluable tool for researchers and scientists around the world. 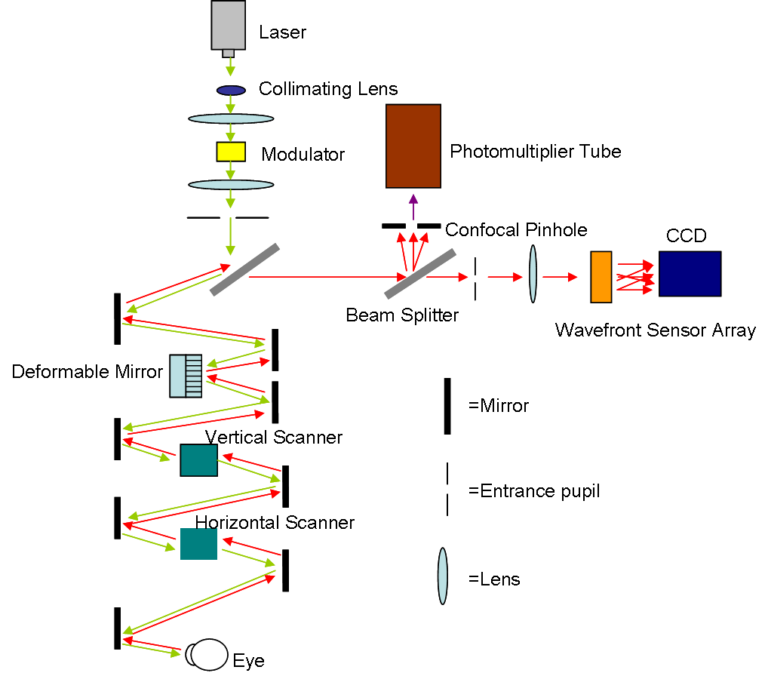 Scanning Laser Ophthalmoscopy (SLO) is a cutting-edge imaging technique used to examine the retina and other structures in the eye.

A laser etalon is a device that is used to accurately measure the frequency of a laser beam. It works by using the principle of interference, which occurs when two waves meet and either reinforce or cancel each other out.

A laser q-switch, also known as a Q-switched laser, is a type of laser that is designed to produce very short and high-energy pulses of light.