Laser pointers are becoming an increasingly popular hobby for people of all ages. Whether you’re using them to point out constellations in the night sky or just to have some fun with your friends, laser pointers are a great way to spend some time outdoors.

Laser pointers come in a variety of shapes and sizes, but they all have one thing in common: they emit a concentrated beam of light. The strength of the beam depends on the power of the laser pointer, which is measured in milliwatts (mW). Most consumer-grade laser pointers are between 1 and 5 mW, although some can be much higher.

Laser pointers are often used in presentations and astronomy. They can be used to point out stars and planets in the night sky, or to highlight features on a map or slide presentation. Many people also enjoy using laser pointers as part of a general interest in lasers and optics.

Laser pointers can be a fun and exciting hobby, but it’s important to use them safely and responsibly. Never point the beam at someone’s face, especially their eyes, and always use caution with higher powered lasers as they can cause injuries or blindness. It is also important to avoid pointing the beam at aircraft, as this can be a serious safety hazard.

When using a laser pointer, it’s important to be aware of your surroundings and avoid pointing the beam at anyone’s eyes. Additionally, never look directly into the beam yourself; even low-powered lasers can cause permanent damage to your vision if stared at for too long.

When using higher powered laser pointers it’s always important to wear appropriate safety goggles for the type of laser you’re using to reduce the risk of injury or blindness.

Laser diodes are semiconductor devices that emit light when an electric current is passed through them. The two main types of laser diodes are single mode and multimode. 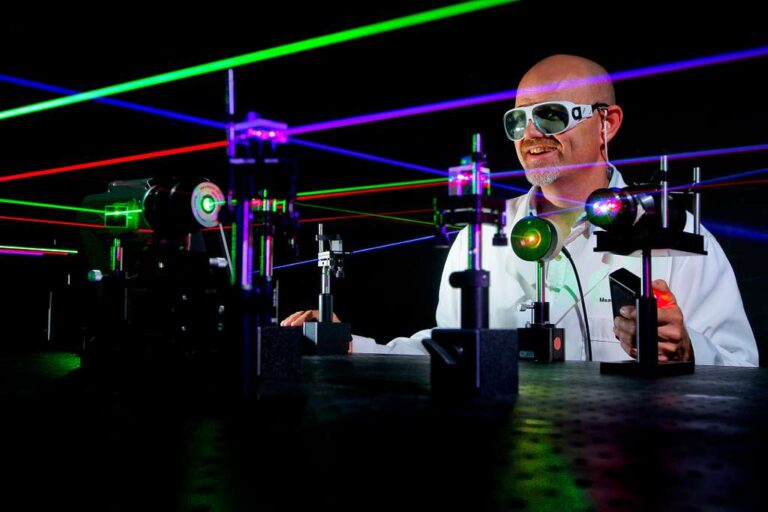 Laser safety is the safe design, use and implementation of lasers to minimize the risk of laser accidents, injury to the eyes or skin, or damage to property.